A love story beyond death
From the dark musings of Edgar Allan Poe, comes a new
musical. The Raven takes us to the world before the poem and
ends with the tragic scene penned by Poe's own hand. Despite its
tragic circumstances, The Raven is fundamentally a love story
about a man who will do anything to stop Death from taking the
woman he loves.

Set in 1825 London, nothing is certain, not even death. Only one is
prophesied to end the curse; and Edgar, hiding a terrible secret and
forced to work for Death, must fight for the life of the one he loves.
From the poor wastelands of the Rookeries to the opulent halls of
the rich, neither world is fully aware the other exists, until Death
comes to call.

When Death asks for Lenore, Edgar enlists the help of 'Raine' a
dark haired beauty from the streets, who doesn't know the power
she holds over Death. Edgar's plan gets complicated when loyalties
begin to blur at the edges and he starts to fall for this girl. Now he
must choose between saving Lenore or the only woman he can
touch without killing. When the final bells toll, he will sacrifice
everything to fight Death.

From a cast of unforgettable characters and a dynamic score of
extraordinary songs comes a tale of danger and passion, where
death and life collide and true love stands between destiny and life
itself.

Exciting News!
The Raven will be workshopped in Calgary, Canada in March and April, 2013.
For more BEHIND-THE-SCENES news, SEE HERE! 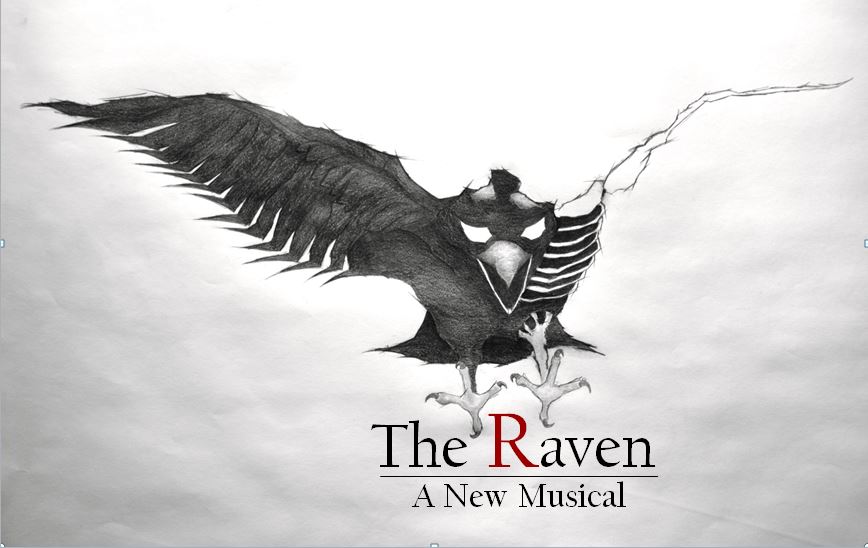 "Death will bring Life to Death, Life will bring Death to Life...NEVARMORE!"